What Are The Differences Between Tramadol And Toradol?

Toradol, a famous brand name for the drug Ketorolac, is a popular analgesic/ non-steroidal anti-inflammatory drug. Doctors widely used Ketorolac as an intravenous drug in the US until Syntex Laboratories, a Californian company, introduced a tablet form of it with the name Toradol.

In 1992, the same company introduced Acular. Acular is an eye drop form of the drug Ketorolac that treats itchy eyes caused by seasonal allergies.

Tramadol is one of the latest types of opioids to enter the United States. The Food and Drug Administration approved it in March 1995 as a non-schedule narcotic. However, due to reports of drug abuse and misuse, the drug was reclassified as a schedule IV drug on August 2014. (1)

Uses Of Tramadol And Toradol

Tramadol is an effective pain reliever for people suffering moderate to severe pain. As a synthetic opioid, it works by binding itself to our opioid receptors.

Research has proven the drug as an effective treatment for postanesthesia shivering. PAS often affect patients that underwent surgery, most especially those administered with general anesthesia.

Toradol, on the other hand, is not an opioid-like Tramadol. It is a non-steroidal anti-inflammatory drug used to treat moderate to severe pain. Studies have shown that intake of the drug should not exceed more than five days. (2)

Side Effects Of Tramadol And Toradol

Being an ordinary analgesic, Toradol has only a few side effects. There have been reports of severe adverse effects; however, if one uses it correctly, the probability of these happening to any patient is negligible.(3)

Tramadol, however, though safer than its cousins, is still an opioid. The impact it has on our brains increases the probability of it causing some side effects.

Listed below are some side effects that are common to both drugs:

The Food and Drug Administration has enough evidence to believe that Tramadol has a high potential to affect unborn fetuses negatively. There have been researches that suggest that newly born fetuses show signs of withdrawal symptoms after mothers that took the drug gave birth to them.

Doctors likewise do not recommend Toradol for pregnant women as it can have adverse effects on the unborn fetuses as well as the delivery of the baby. Expectant mothers in their third trimester are most susceptible to these adverse effects. (4)

If taken in the late stages of pregnancy, Toradol may cause the premature closure of the fetus’s ductus arteriosus. The ductus arteriosus is a blood vessel connecting the pulmonary artery to the proximal descending aorta.

Price Of Tramadol And Toradol

Tramadol and Toradol are both powerful drugs. The choice between them to should be under the supervision of an attending physician. Misusing any of these drugs may result in adverse or even fatal consequences.

There is currently no research that shows that taking the two drugs can adversely affect a user. However, caution must be exercised when it comes to long-term use. Always disclose to your attending physician if you are currently taking any drugs before asking for a Toradol prescription.

What Are The Side Effects Of Tramadol?

Should You Mix Tramadol And Alcohol? 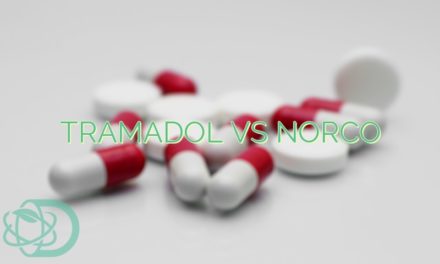