Can Tramadol Make You High?

The Psychological Effects Of Tramadol

Our brain is considered as the command center of our whole body. Every movement we make and every thought that comes to our mind originates from this humble pink mass. Thus, it should be no surprise that anything we experience or consume can have either a positive or an adverse effect on the way we think or move.

The same way a chocolate bar can make your brain function better, a sip of coffee jump-start your senses or the smell of chamomile tea can make you sleepy, drugs can affect your overall behavior.

Tramadol, most famously known as Ultram, is a powerful opioid drug most commonly used to treat moderate to severe pain. It has a chemical structure of C16H25NO2 and has been clinically tested to reduce pain within an hour since oral consumption. (1)

Pain relievers, such as morphine, oxycodone, tramadol, and much more, work by blocking the pain receptors that are connected to the brain. Drugs like this are considered depressants, meaning they decrease the number of stimuli that reach the brain thus increasing the feeling of relaxation. (2)

Emergence Of Tramadol Abuse And Overdose

Some drug abusers have started snorting a powdered form of tramadol to get a high from it. However, its effects are still far less than other opioid drugs; thus, making it a little bit safer than others. That is why the WHO has classified it as a low abuse potential drug.

What makes the drug dangerous is its availability and how it is getting easier and easier to acquire the drug. According to US government statistics, 43 million tramadol prescriptions were handed out by doctors in the US alone. What’s scarier is that the World Health Organization has issued an alarm on the rate at which tramadol is getting more available for purchase through the internet without the need for any prescriptions. (3)

The depressant effect of tramadol is relatively harmless in a short-run; however, continued use and misuse can lead to addiction. Prolonged use may result in the user needing the drug to feel normal or to avoid withdrawal symptoms. Since tramadol is processed by the body through the liver, consuming beyond the prescribed amount of it could result in kidney failure. It has also been reported to cause seizures among those that abuse it. (4)

High doses of tramadol can indeed induce a euphoric high. However, it is not as severe as other opioid drugs such as heroin, or morphine. Nevertheless, there is no specific dosage at which point a person would get high using tramadol. As with most drugs, the effects vary from person to person. A tablet of tramadol could induce relaxation on one person while doing nothing on another.

With all these said, using tramadol can indeed make some people high. However, the risk involved in doing so far exceeds the euphoria that a person can get from it. It would be safest to use tramadol for purposes that it was made for.  Finally, it would be best to consult a doctor to know the recommended amount at which you should take this drug.

Hokemeyer, P. (2014, July 2). The Effects of Painkillers on the Brain and Body. Retrieved July 24, 2017, from Maryland Addiction Recovery Center: http://www.marylandaddictionrecovery.com 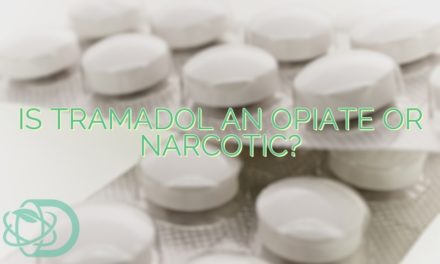 Is Tramadol An Opiate Or Narcotic?