Mixing drugs with other substances has been practiced by many people for various reasons. However, many combinations can endanger you if done improperly. Also, mixing drugs or substances without the approval of a doctor can worsen the intensity of the individual side effects of each drug.

How Does Adderall Affect The Body?

The United States’ Food and Drug Administration has approved Adderall for two primary uses. These uses are the treatment of Attention Deficit Hyperactivity Disorder (or ADHD) and Narcolepsy. ADHD is a mental disorder that causes a person to have difficulty in controlling their impulses, and/or maintaining focus or attention. (1)

The drug contains two types of amphetamine salts, namely amphetamine, and dextroamphetamine. The manner in which Adderall treats ADHD is not entirely understood. Nevertheless, what scientists believe is that amphetamine helps increase the activity of the norepinephrine and dopamine in the brain.

Norepinephrine, similar to adrenaline, is a powerful stimulant drug. On the other hand, dopamine is the neurotransmitter in charge of the reward and pleasure centers of our brain. Also, these two chemicals are believed to be involved in the occurrence of ADHD in some individuals. (2)

Side Effects of Adderall

Since Adderall contains one of the most addictive substances, amphetamine, the FDA has categorized it as a Schedule II drug. This means that there is a high possibility of abuse and misuse of the drug if taken improperly. Other than addiction, the drug can also cause many other side effects both physically and mentally.

Here are some common side effects of taking Adderall: (1)

How Does Xanax Affect The Body?

Xanax is a benzodiazepine that works by binding itself to the GABA receptors in our brain and modulating their functions. Additionally, the drug possesses sedative, anxiolytic, hypnotic, anticonvulsant, skeletal muscle relaxant, and antidepressant properties.

Many experts have stated that the drug has a lower potential for abuse compared to other benzodiazepines. However, there have also been other medical experts claiming that the drugs high potency and short elimination half-life can give the drug a substantial risk of abuse and misuse.

Side Effects of Xanax

On the other hand, the FDA categorized Xanax as a Schedule IV drug. Furthermore, this category means that a drug has a low or minimal potential for abuse. The drug generally has lesser side effects both in incidence and intensity compared to other benzodiazepines.

Here are some common side effects of taking Adderall: (3)

Adderall and Xanax are two completely different drugs. The former is a stimulant, while the latter is a depressant. Hence, taking both drugs together can dampen the effects of either drug. Moreover, taking them at the same time can cause more severe side effects than taken separately.

Another risk of mixing them is an increase in addiction. Both Adderall and Xanax are scheduled drugs due to their potential for abuse. Mixing them can cause worse withdrawal symptoms in case you wish to stop doing so.

Before asking a prescription for either Xanax or Adderall, make sure to tell your doctor if you are taking other drugs, or anything you suspect might cause an interaction with the drug you are asking for. Lastly, make sure to consult a doctor to know which drug is best for whatever disorder you have. 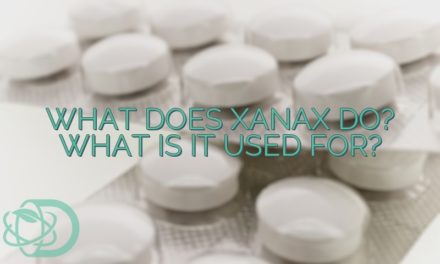