Generically known as Alprazolam, Xanax is a benzodiazepine drug introduced by Upjohn Pharmaceuticals way back in 1981. The company initially made the drug to combat one of the most common mental disorders in America which are panic disorders.

Early clinical trials of the drug showed that it had anxiolytic and sedative properties due to it pharmacological action. Hence, the Food and Drug Administration considered Xanax as a mild tranquilizer.

Furthermore, the drug became incredibly successful due to how effective it was. In fact, no later than 2010, Xanax became the 12th most prescribed drug by doctors in America. Sadly, its fame reached went beyond that of its medical use. It also became a popular drug among recreational drug users earning the title as the most abused benzodiazepine drug in the same year.

How does Xanax Work?

Xanax or Alprazolam contains the molecule C17H13ClN4. Much like all other benzodiazepines, it works by binding itself to the protein molecules in our brain known as GABA receptors. GABA receptors can be found in the membrane of our neurons, usually at the end of our synapses.

Furthermore, GABA receptors are the primary inhibitory neurotransmitters in our central nervous system. By binding itself to the GABA receptors, Xanax can regulate the electrical impulses that the CNS sends to and from the brain. Furthermore, Xanax increases the inhibitory effect of our GABA receptors; hence, its anxiolytic and sedating properties.

Is Xanax Effective Against Anxiety?

As stated above, the drug Xanax exhibits strong anxiolytic properties. Anxiolytic means it can suppress anxiety in patients under its influence. We could, therefore, conclude that Xanax can treat anxiety disorders. However, studies have shown Xanax to be most effective for anxiety in patients due to depression.

The United States’ Food and Drug Administration has only approved Xanax for the treatment of two medical disorders. The first one was panic disorders before anxiety followed suit. However, FDA also stated that the effectiveness of Xanax in treating anxiety is only effective for up to 4 months of use.

Going beyond this time range may result in tolerance or worse addiction. Clinical studies by the FDA showed that even at low dosages (i.e., 0.75 to 4.0 mg per day), a user is still at risk of physical dependence brought by the drug.  The risk only increases as the dosage goes beyond 4mg per day. (1)

Other Uses of Xanax

Other than the treatment of panic disorders and anxiety, Xanax has also been shown as an effective drug to lessen the effects of nausea and vomiting due to chemotherapy treatments. However, the FDA is yet to approve the drug for such purpose.

Furthermore, it has shown potential in treating anticipatory emesis, or a nauseating feeling some cancer patients get before a chemotherapy session. However, doctors advise that the drug is taken with other palliative drugs when used for this purpose. (2)

Anxiety is one of the most crippling disorders. It can prevent you from enjoying life to the fullest or performing tasks which would otherwise be easy for other. If you intend to treat this disorder with Xanax, make sure to consult your doctor first to make sure that the drug will not place you in more harm than good. 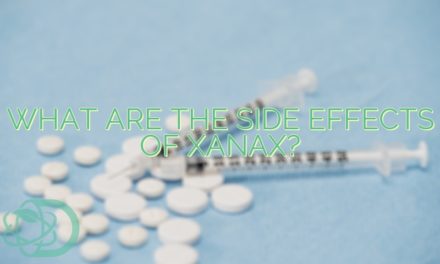 What are the Side Effects of Xanax? 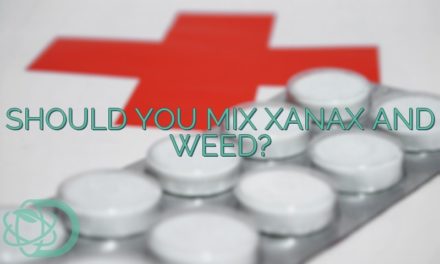 Should You Mix Xanax And Weed?

Should You Mix Alcohol And Xanax?