What Are The Differences Between Buspirone And Xanax?

Xanax, a trade name for the generic drug alprazolam, is an anxiolytic benzodiazepine and a minor tranquilizer. The company initially sold the drug as a treatment for panic disorders. By 2010, it became the most prescribed and abused benzodiazepine in the market. (1)

Buspirone, popularly sold as Buspar, is an anxiolytic drug that can treat various mental disorders. However, unlike most anxiolytic drugs, Buspirone is not related to benzodiazepines. Anxiolytics are drugs that treat panic and anxiety disorders.

Uses Of Xanax And Buspirone

Xanax possesses some sedating properties which can aid in the inhibition of brain dysfunctions. It works by binding itself to our GABA receptors to regulate the flow of electrical impulses in our brain. Buspirone, on the other hand, works by interacting with certain hormones in our body like the serotonin and dopamine. (2)

Both Xanax and Buspirone have been shown to have anxiolytic properties. It means they have the ability to treat various degrees of anxieties in patients. Each drug, however, has more uses not shared by the other.

Side Effects Of Xanax And Buspirone

The Food and Drug Administration categorized Xanax as a Schedule IV drug due to its minimal abuse potential. Though its abuse potential is low, Xanax became the target of many recreational users due to its accessibility and affordability.

Prolonged use of the drug, even if used according to prescription, can still lead to addiction. Other common side effects of Xanax include cognitive impairment, ataxia, drowsiness, constipation, fatigue, insomnia, and more.

Buspirone, on the other hand, is not a benzodiazepine. This means it carries a lower risk of physical dependence and addiction compared to other psychoactive drugs. Studies have also shown that there is less likelihood of overdose and impairment with the drug.

Furthermore, other common side effects of Buspirone include dizziness, headache, drowsiness, insomnia, constipation, confusion, and more.

A study on the teratogenic effect of benzodiazepines like Xanax found out that there is a minimal probability that the fetus will experience long-term adverse effects. The same result appeared in babies that were ingesting breast milk from a mother taking this drug regardless of the duration that has passed since ingestion. (3)

The Food and Drug Administration placed Buspirone in category B with regards to pregnancy. This means that there have been no adequate studies conducted on the effects of the drug to pregnancy. However, prior animal tests have shown that Buspirone has minimal effects to fetuses.

Can Xanax And Buspirone Be Taken Together?

There have been no reports of adverse reactions when taking Xanax and Buspirone together. In fact, some doctors prescribe both drugs together to complement each other. However, make sure to check with your doctor before taking the two drugs at the same time. Xanax and Buspirone may also interact with other foods and substances.

(n.d.). What Is Buspirone (Buspar), How Does It Work, And How Is It Used To Treat Anxiety Disorders? Retrieved August 22, 2017, from ABC News: http://abcnews.go.com/Health/AnxietyTreating/story?id=4660154 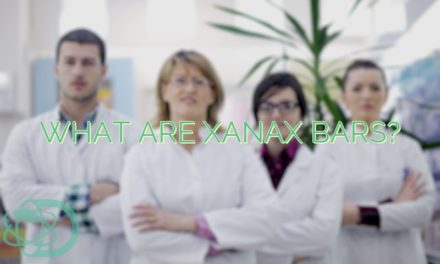