What are the Side Effects of Gabapentin?

Whenever we take a new type of drug, it is important for us to know every single detail about it. This is to prevent any unwanted side effects that may occur in the future. Some drugs are prohibited to some types of persons, most especially those who have allergies towards them.

Gabapentin, most famous for the brands Horizant or Neurontin, is a prescription anticonvulsant. Doctors prescribe it to treat, prevent, or control seizures alongside other drugs. Some doctors also prescribe it for those that suffer nerve pain brought about by shingles in adults.

The drug was approved by the United States’ Federal Drug Authority as an anti-seizure medication for adults way back in December 1993. Its use on children, however, was only approved in 2000. Their pain reliever property was only recognized in 2004. (1)

Just like any other drug, Gabapentin can result in various side effects when misused. Here is a look at the most common side effect Gabapentin users have reported.

Most Common Side Effects Of Gabapentin

Here are some of the most common and less dangerous side effect of Gabapentin:

Serious Side Effects Of Gabapentin

These side effects can happen if a person gravely abuses the drug or outside of how doctors have prescribed it to them. Listed below are some examples of severe side effects of Gabapentin:

People with seizure can receive many benefits from taking Gabapentin. However, one must always take precautions to avoid experiencing the adverse effects of the drug. Remember to always consult your doctor before taking any new medications.

How Does Gabapentin Work For Sleep?

Does Gabapentin Work For Anxiety?

Should You Mix Gabapentin And Alcohol? 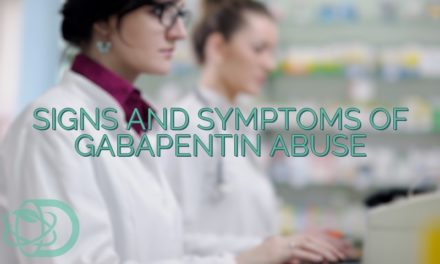 Signs and Symptoms of Gabapentin Abuse