Is Recreational Use of Gabapentin Addictive?

Gabapentin, also known as Neurontin, is an unscheduled drug originally designed to prevent and treat seizures as well as neuropathic pain (or nerve pain) for both adults and children. These are the only official uses of this drug. However, people have come to consume it for other reasons.

With drowsiness being one of its side effects, those who are suffering from insomnia are now also taking Gabapentin as its cure. Aside from that, people have also used it to treat their migraine.

What this drug does is increase the release of GABA, a neurotransmitter which, in layman’s terms, calms the nerves. In turn, this alleviates the pain making it an effective medicine against pervasive or persisting migraines.

Known in the British streets as “gabbies,” Gabapentin has also been gaining popularity with the substance abusers. The FDA has not made it a scheduled substance. Hence it became relatively easy to acquire for those who wish to take it for recreational use.

However, Gabapentin shares characteristics or feeling associated with known controlled substances such as a sense of euphoria, marijuana-like high, sense of calmness, and relaxation. These effects hook a person to use it multiple times making gabapentin addictive.

Other users reported feeling “zombie-like” while under the influence of Gabapentin. It is becoming such a serious problem that in one study, only 19 out of 96 prescriptions were in possession of intended patients. (1)

This combination of facts makes Gabapentin a growingly popular substitute for drug users who have become tolerant of their first addiction. The observed characteristics can easily be attributed as a result of a decrease in glutamate release and an increase in GABA release.  All that they experience are merely side effects of this drug.

How Can I Stop Gabapentin Addiction?

Depending on how addicted one is, there are many ways to get rid of drug addiction. Of course, there will always be a tendency for the addiction to occur after treatment. Thus, what would be required may be one or a combination of the two treatments as listed below:

What are the Withdrawal Symptoms of Gabapentin?

Gabapentin withdrawal can come in many forms, having both physiological and psychological effects on a person. Of course, what would manifest depends on the intensity of dependency.

Most of these side effects manifest when a cold turkey method is used. Cold turkey is a type of detoxification wherein the user immediately stops taking the drug. Physicians do not recommend this method as it has more side effects than slow tapering.

Instead, a doctor may require a patient to go through a drug detoxification program involving a slow yet controlled tapering of the substance over time. (2)

Gabapentin is one of the safest and more reliable anticonvulsant drugs in the market. It is beneficial for people who need it; however, abusing this drug can result in adverse consequences which are most of the time not worth the high.

Detoxification from Gabapentin addiction can be one of the best decisions an addict can make. Nevertheless, it is important to keep in mind the possible withdrawal symptoms and detoxification methods one will use. Remember to consult a doctor before taking Gabapentin.

Has Gabapentin Become a Drug of Abuse? By Melton. (2014). Retrieved August 8, 2017, from https://www.futuresofpalmbeach.com/neurontin-abuse/

Gabapentin Use For Pain Or Anxiety 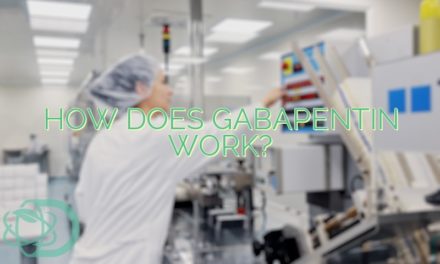 How Does Gabapentin Work?

What are the Side Effects of Gabapentin?