Does Prozac work For Anxiety?

Prozac, a drug with the scientific name of Fluoxetine, is a common antidepressant under the selective serotonin reuptake inhibitor (SSRI) class. Various studies have shown it to have other medical applications such as the treatment of bulimia nervosa, and premature ejaculation. Furthermore, there are claims that patients greatly benefit from taking Prozac for anxiety.

During the 1970’s scientists found evidence suggesting the role of the neurotransmitter serotonin in depression. They believed that a chemical imbalance in the amount of serotonin in the brain could lead to depression. These studies led to the creation of SSRIs such as Prozac.

Anxiety may be due to various factors such as the environment, stress, trauma, or genetics. Its severity can range anywhere from mild worry to disabling panic attacks. Furthermore, multiple forms of anxiety exist such as post-traumatic stress disorder (PTSD), panic disorders, and social anxiety disorders. It may also worsen through time if the patient disregards its symptoms.

Can I Use Prozac For Anxiety?

Besides depression, some studies have also demonstrated the relationship between serotonin and various anxiety disorders. The Food and Drug Administration has approved Fluoxetine products such as Prozac for the treatment of two types of anxiety, specifically OCD and panic disorders. Furthermore, there are claims that the drug can help reduce social anxiety disorder in some people. (2)

OCD, or obsessive-compulsive disorder, is caused by disturbing and illogical thoughts, images or urges that pop into the patient’s mind. These thoughts often lead to anxiety that the person copes with by performing unnecessary and repetitive mental or physical acts. (3)

Panic disorder, on the other hand, is a form of anxiety that causes a person to experience intense amounts of fear or worry. It can disable a person from performing normal tasks during their panic attacks. Lastly, social anxiety disorder causes a person to fear to stand in front of large groups of people or to interact with unknown individuals.

Other Uses Of Prozac

Doctor’s mainly prescribe Prozac for the treatment of depression and anxiety. However, studies have also shown that it is a viable treatment for other mental disorders. Some of these are off-label uses, which mean that the FDA has not yet approved such applications.

Here is a list of other mental disorders that Prozac can treat:

Taking Prozac without the prescription of a doctor may result in various adverse side effects. Make sure to consult a competent physician before trying to treat any disorder with Prozac. Patients should also take precautions when using Prozac for anxiety. 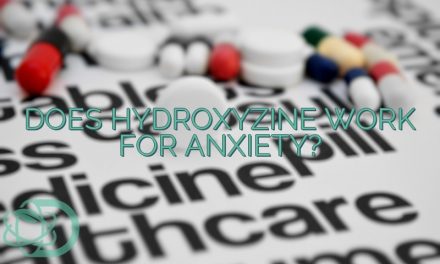