Hydroxyzine, also known as Atarax or Vistaril, is a common and inexpensive antihistamine. Antihistamines are drugs that can treat the symptoms of allergic rhinitis and other allergies. The Belgian company Union Chimique Belge first created the drug back in 1956. The pharmaceutical giant Pfizer then marketed the drug in the same year under the brand name Vistaril.

The drug hydroxyzine can only be acquired with a prescription from a doctor. Its route of administration is typically orally. However, there are some forms of hydroxyzine that doctors can administer via intramuscular injection. The patient can notice the effects of the drug in as early as 30 minutes after administration.

How Does Hydroxyzine Work?

Hydroxyzine easily crosses the blood-brain barrier and affects the central nervous system. Hydroxyzine’s principal means of action is a potent and selective histamine H1 receptor inverse agonist. Inverse agonists work by binding themselves to our histamine receptors and reducing their activity. This effect is what gives hydroxyzine its antihistamine and sedating properties. (1)

Can I Use Hydroxyzine For Anxiety?

Anxiety is a psychological disease that can cause a person to experience extreme fear or worry. Some of the various types of anxiety a patient may experience are panic attacks, generalized anxiety disorder (GAD) social anxiety, and some types of phobias. It can happen with or without any trigger.

Doctors prescribe hydroxyzine for anxiety, specifically, the onset of generalized anxiety disorder (GAD). It can help a person regulate their normal functions by blocking the symptoms of GAD. Studies have shown that it is as effective as other benzodiazepines, such as bromazepam, in treating GAD.

The Food and Drug Administration has approved its use as a symptomatic relief of anxiety associated with psychoneurosis. However, the same agency has contraindicated the drug for women who are in the early stages of pregnancy. Nursing mothers are likewise warned against the use of the drug. (2)

Possible Side Effects Of Hydroxyzine

Misusing hydroxyzine may cause various side effects. Due to its sedating effect, some of these side effects may include deep sleep, incoordination, sedation, calmness, and dizziness. Hence, doctors discourage people taking hydroxyzine to operate heavy machinery or drive while under the drug’s influence.

Some adults also report experiencing hypotension, tinnitus, and headaches after taking the drug. The patient may also experience some dryness of the mouth or constipation due to hydroxyzine’s antimuscarinic properties. It is important to have a consultation with a doctor before taking the hydroxyzine for anxiety. 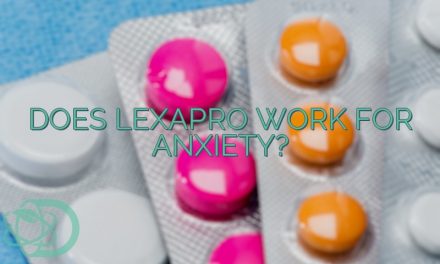