What Is Adderall XR?

Shire Pharmaceuticals, the manufacturer of the current Adderall brand, initially formulated the drug as an instant-release tablet back in 1996. Noticing the drug’s success, Shire introduced an extended release version of the drug under the trade name Adderall XR in 2001. (1)

Unlike the original formulation, the extended release version was designed to benefit the user for a longer period. The manufacturer of the drug was able to do this by storing some of the molecules of the drug in small dissolvable packets that release the drug after a few hours.

In contrast to the original version, the effects of the extended release version can last up to 12 hours versus the then 4-6 hours. This makes the drug easier to administer as it lessens the possibility of missing a dose by making sure that the patient only needs to take it once a day.

What Does Adderall Do?

The primary ingredient for Adderall is the powerful central nervous system stimulant Amphetamine. This drug works by increasing the neural activities of the brain through the neurotransmitters dopamine and norepinephrine. Additionally, amphetamine also causes the release of other hormones and neurotransmitters in our brains such as epinephrine, serotonin, and histamine.

Several studies have linked the neurotransmitters dopamine and norepinephrine to the presence of the mental disorder ADHD among children and adults. These neurotransmitters are major contributors in increasing focus, maintaining alertness, and sustaining effort, thought, and motivation

What Is Adderall Used For?

The United States’ Food and Drug Administration has only recommended Adderall for one disorder, and that is ADHD. Attention Deficit Hyperactivity Disorder or ADHD is a mental disorder that causes an individual to have uncontrollable impulses or inattentiveness. Furthermore, the drug works by treating two of our major hormones which are dopamine and norepinephrine. (2)

Some physicians also prescribe Adderall for other uses such as:

In 2002, the US-based company Barr Pharmaceuticals attempted to introduce a generic version of Adderall. Its sale was then suspended after it was hit with legal complications after Shire Inc. sued them for patent infringement. However, a few years late, Shire finally allowed the company to release the generic drug in 2009.(3)

What Are The Effects Of Adderall?

Adderall is a stimulating drug. Hence, it can cause a user to experience heightened senses and various degrees of an energy boost. Its stimulation of some neurotransmitters can also affect the cognitive functions of the brain such as memory, inhibition, attention, and critical thinking.

Other than its psychological effects, this drug can also have an impact on a person’s physical performance. Some athletes have been reported to use Adderall to improve their muscle endurance, and reflexes. Additionally, some athletes claim an increase in their muscle strength and acceleration during the influence of the drug. However, most sports regulatory board prohibit the use of this drug by its athletes.

Lastly, amphetamine, Adderall’s main ingredient is a type of euphoriant. This means it can cause a sense of high or euphoria for users. Hence, it has been the subject of abuse by many recreational users. This effect is the same reason why the drug the FDA considered it as a highly addictive drug.

How Is Adderall Prescribed? 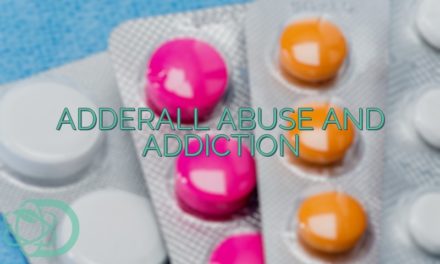 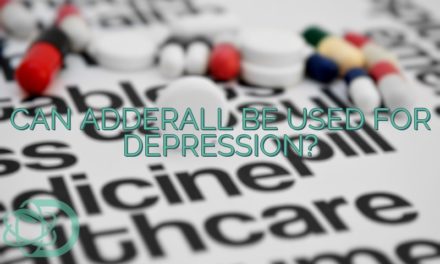