What Are The Differences Between Modafinil And Adderall?

Modafinil, commonly sold as Provigil, is a eugeroic drug used to treat sleep-related disorders. Eugeroics are medications that promote wakefulness’ among its user. Furthermore, the French chemist named Michel Jouvet created it in the 1970’s while was working under Lafon Laboratories.

On the other hand, Adderall is powerful drug primarily used to treat various mental disorders such as ADHD.  Shire Pharmaceutical’s subsidiary Richwood Pharmaceuticals introduced it back in 1996 as an instant-release tablet. Since then, it has become one of the most famous and abused psychoactive drug in the US. (1)

Uses Of Adderall And Modafinil

The Food and Drug Administration approved both Adderall and Modafinil for the treatment of the sleep disorder narcolepsy. Narcolepsy is a disease that reduces the patient’s ability to regulate their sleep cycles.

Some symptoms of episodes of narcolepsy are a loss of muscle strength, inability to move, and hallucinations while falling asleep and waking up. These episodes can last from a few second to minutes and can occur at any time of the day.

Adderall was created to treat Attention Deficit Hyperactivity Disorder. Modafinil, on the other hand, has been researched upon by various companies to treat the same disease. However, when a corporation attempted to get approval from the FDA to sell it as an ADHD drug, the FDA denied the application due to reports of adverse skin reactions most especially among children. (2)

Side Effects Of Adderall And Modafinil

A clinical study done on the drug was able to prove that the third of the patients that take the drug has a high chance of experiencing headaches, while 11% felt nauseous. Other rare adverse side effects that can happen because of the drug are diarrhea, nervousness, insomnia, dizziness, anxiety, and gastrointestinal problems

Furthermore, the Food and Drug Administration six other side effects which are, although extremely rare, can seriously affect a person. These side effects include erythema multiforme (EM), Stevens–Johnson syndrome (SJS), toxic epidermal necrolysis (TEN), and DRESS syndrome,

Clinical trials have shown that Adderall can cause its users to experience hypertension or hypotension, Raynaud’s phenomenon (reduced blood flow to the hands and feet), and increased heart rate. (3)

Furthermore, other studies were able to show that other common side effects of the drug include appetite loss, abdominal pain, nausea, and weight loss. Some sexual side effects may also include erectile dysfunction or prolonged erections.

The US FDA has given both Modafinil and Adderall a category C with regards to pregnancy. This means, only animal studies were able to show significant adverse effects on developing fetuses. Furthermore, more human studies are needed to fully establish the consequences of the drugs on unborn human fetuses.

Can I Take Adderall And Modafinil Together?

Adderall, as well as Modafinil,  are stimulating drugs. Hence, ingesting both drugs at the same time can result in more severe and frequent side effects. Additionally, there have been reports of people taking stimulants together experiencing intense palpitations a few hours after taking the drugs.

Lastly, the FDA categorized Modafinil as a Schedule IV drug, meaning it has a low abuse potential. However, taking it together with more addictive drugs such as Adderall can increase your risk of tolerance and physical dependence. 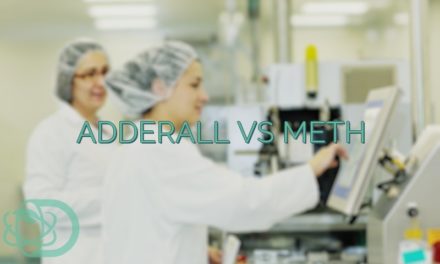 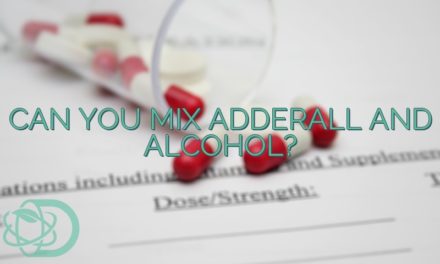