Weed and Adderall are some of the most famous drugs around the world. They share some similarities; however, they also have some differences that users need to know. This similarities and differences will determine if either of them are safe for you.

How Does Marijuana Affect The Body?

Marijuana, also known as weed, or pot, is a psychoactive drug that is famous for the euphoric effects that it gives its users. It comes from the dried up and shredded parts of the cannabis plant. Furthermore, the drug is more often used for recreational purposes.

Marijuana contains the compound tetrahydrocannabinol, commonly known as THC. THC is a psychoactive drug that works by attaching itself to the cannabinoid receptors in our brain. THC prevents the chemicals in our brain from working as usual hence causing some side effects like euphoria, and drowsiness. (1)

Side Effects of Weed

Many recreational users of marijuana claim that the drug causes limited and minimal side effects. However, the Food and Drug Administration has categorized the drug as a Schedule I drug due to its perceived abuse potential. The said category places the drug under the supervision of the Drug Enforcement Agency.

Here are some common side effects of taking weed: (2)

How Does Adderall Affect The Body?

It works by increasing the activity and release of two major hormones in our brain, namely dopamine, and norepinephrine. However, it can also stimulate the production of other hormones, and neurotransmitters such as epinephrine, serotonin, and histamine.

Side Effects of Adderall

If used correctly, Adderall can become a beneficial drug for many patients suffering from ADHD or narcolepsy. Nevertheless, whether you properly take it or not, there is still a possibility that you would experience some of its side effects.

Here are some common side effects of taking Adderall:

Using Adderall and Weed together for recreational purposes is relatively common among marijuana enthusiasts. According to them, the combination usually results to a higher buzz compared to taking them separately. However, being partly a depressant, weed can reduce the effects of Adderall.

Furthermore, the side effects of both drugs, such as dry mouth, can intensify if done for long periods. Hence, it is still inadvisable to combine both drugs.

Remember to disclose to your doctor any substances you are currently taking before asking for an Adderall or medical marijuana prescription. Taking marijuana for either recreational or medical purpose may be illegal in some states. Thus, make sure to check out your local laws before taking it.

The Science of Marijuana: How THC Affects the Brain. (2011). Retrieved August 23, 2017, from Scholastic: http://headsup.scholastic.com/students/the-science-of-marijuana 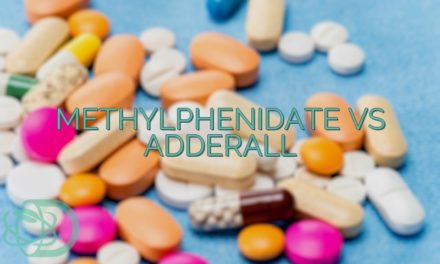 How Long Does Adderall Stay In Your System?