One of the most popular drugs in the world, Adderall is an effective treatment for the mental disorder ADHD. ADHD or Attention Deficit Hyperactivity Disorder causes a person to have low levels of focus and impulsive behavior. Furthermore, Adderall can also be an effective drug for multitudes of other uses.

Besides ADHD, the United States’ Food and Drug Administration has also indicated Adderall for the treatment of narcolepsy.  Narcolepsy is a rare mental disorder that can cause difficulty in regulating sleep and wake patterns. (1)

Some researchers have also shown that Adderall can improve a person’s performance in different ways. The first one, and probably more controversial is how it can help athletes or individuals boost their physical performance through its stimulating properties. Another one is how it can improve a person’s mental capacity while under the drug’s influence.

Furthermore, there have been claims that Adderall can reduce the symptoms of depression. Although it is not officially approved by the FDA for such use, we shall still look into the valid and invalid reasons for this claim.

How Does Adderall Work?

Adderall contains various salts extracted from the enantiomers of the potent drug amphetamine. Enantiomers are compounds that are strikingly similar to their counterparts. Hence, Adderall can have almost the same properties and effects as amphetamine drugs.

Several studies have shown that Dopamine and norepinephrine are related to the occurrence of ADHD among adults and children. Hence, by increasing the quantity of these neurotransmitters, Adderall aims to lessen the symptoms of the said mental disorder.

Notably, researchers from the University of Chicago were able to find a link between the disease ADHD and depression. According to their study, people with ADHD are at least ten times more likely to have depression throughout their lifetime.

Is Adderall Safe To Use As An Antidepressant?

There have been reports of doctors prescribing Adderall to treat depression among their patients. This may have been due to the idea that as a stimulant, it can counteract the depression a person has. However, there is not enough significant research t support this claim.

Furthermore, Adderall has been shown to cause depression to some of its users. Those who misuse Adderall were shown to exhibit some of the symptoms of depression after the euphoric effects of Adderall wore out. Hence, using Adderall for depression can actually worsen your depression.

Nevertheless, the study by the University of Chicago mentioned above still shows that there may be some underlying factors that could cause Adderall to have antidepressant properties. Always remember that before you take Adderall for any use not approved by FDA, make sure that you get a confirmation from a doctor that it is safe to do so.

How Is Adderall Prescribed? 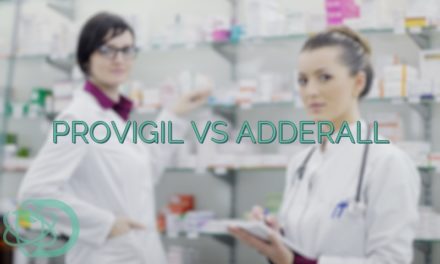